The 5th meeting of the Joint Task Force, shaped by Region of Crete in the framework of IMPRECO, took place on the 10th of March, 2020 in the City Hall of Sitia at the northeastern edge of Crete.

During the meeting, a general overview of IMPRECO was given, while the identified good practices were presented by the team of PP7. After that, experts from the Natural History Museum of Crete, had the opportunity to present the pilot action in a nutshell, discuss the results achieved so far, give a preview of the upcoming brochure as well as reveal the evaluation  indicators of the pilot action.

The presentations were followed by an open dialogue on the activities developed so far with a special interest on the evaluation of the good practices and the necessary approaches for their incorporation in IMPRECO. Moreover, the exchange of views was about the strengths, the weaknesses, the transitional phase as well as the feasibility of the actions.

Last but not least, since we are in the final straight of the project, the team of Region of Crete emphasized on the importance of the continuation of such actions beyond IMPRECO and demonstrated their willingness to support such initiatives. 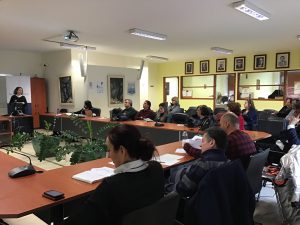 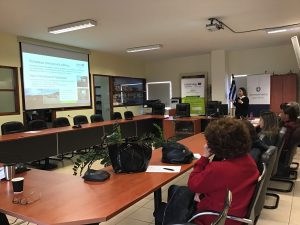 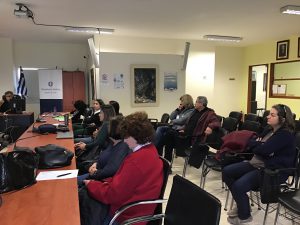