In the morning of Sunday October 13th, UniSalento (PP3) organized an event in the protected area of Aquatina di Frigole to present the pilot action to stakeholders and the local community. The event was organized in collaboration with the association “Italia Nostra – Lecce”. (which aims to safeguard the cultural, artistic and natural heritage), the “Economic-Technical Institute Olivetti – Lecce” with the support of Comune di Lecce and Provincia di Lecce – Salento D’Amare.

The first part of the event was an indoor session where participants were informed about the implementation phase of the IMPRECO project as well as the project results so far. The presentation led by Mr. Maurizio Pinna, PP3’s scientific responsible for the IMPRECO project, and Mr. Mario Maestoso, President of the local branch of the “Italia Nostra – Lecce” association. Mr Maestoso, informed the participants about the importance of implementing activities in a national level towards the direction of the cultural and natural heritage preservation and also, encouraged the participants to contribute to these activities by reporting to the authorities if the cultural and natural heritage is threatened.

The audience actively participated, showing its interest regarding the IMPRECO project. Also, the participants and the speakers highlighted the impact of the human activities in the Mediterannean as well as the consequences of the climate change. The increasing presence of non-indigenous species recorded in Aquatina di Frigole area which may negatively affect ecosystems services by damaging the indigenous species, was also mentioned.

In the presentation was also outlined the importance of regular monitoring activities in endangered areas and, in this regard, focus was given to the monitoring of a Pinna nobilis colony present in the lagoon of Aquatina. The species, protected under the EU Directive NATURA 2000 are endemic to the Mediterranean Sea and are being monitored by UniSalento in the framework of the IMPRECO project, being the bivalve a natural indicator to assess the environmental conditions. At the end of his speech, Mr Maestoso thanked UniSalento for working hard to involve the local community and the authorities in such crucial sensibilization activities.

At the second part of this event, the participants were also introduced to the pilot action implemented in the protected area of Aquatina di Frigole. The pilot action implementing is the “construction” of a terrestrial educational path along the lagoon, equipped with several panels with educational contents translated into two languages, to allow learning through direct experience. As soon as all panels will be ready and pitched, UniSaleto will organize guided tours with schools, promotion and realization of recreational activities in the protected area restricted to the route purposely designed to respect local biodiversity and habitats as well as photo exhibition of indigenous and alien species of the protected area of Aquatina di Frigole and others. 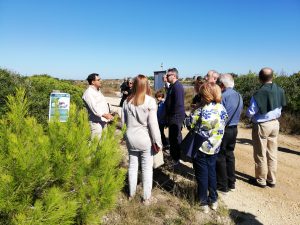 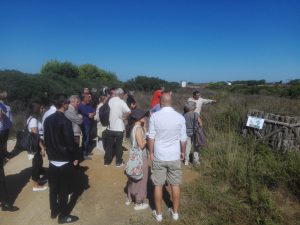 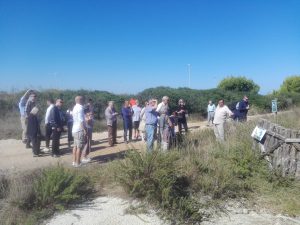 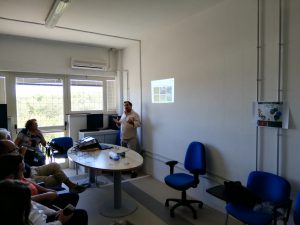 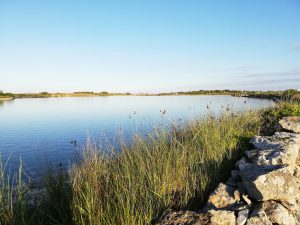 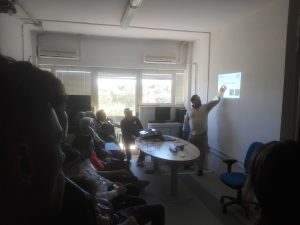